Introduction: getting started with a 3D pen

Using a 3D pen can be a little intimidating, but with some simple tips, you can greatly improve your results. The main challenge is that everyone is used to a standard pen while a 3D pen requires some different techniques to make a nice end product.

I have created a 3-part video tutorial series on How to Use a 3D Pen. This article will cover some of the highlights from the first part of that series, Getting Started with a 3D Pen. This specific 3D pen tutorial is intended for the absolute beginner.

The video shows many visual examples and little details that are difficult to capture in text, so watching them in addition to reading the article is highly recommended.

Finally, be careful and take the proper precautions when using any equipment that this 3D pen tutorial requires.

Essential items for getting started

The bare minimum you need to get started with 3D penning is really quite simple:

Two optional items that I will mention are wax paper and tape. If you are struggling with PLA sticking too much to the paper or your pen doesn’t let you control temperature settings, you can pen on wax paper taped over your template.

Note: I do mean wax paper and NOT parchment paper, which doesn’t work nearly as well.

How do 3D pens work? 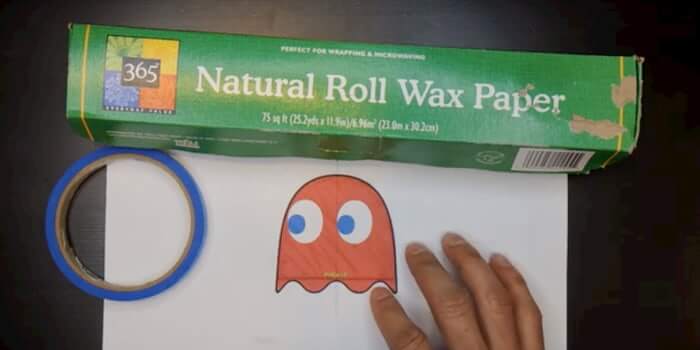 Typically, there are three important buttons or controls on a 3D pen:

To start drawing, hold the 3D pen like a normal one and place the nozzle in contact with what you are drawing on.

You need to be careful with your fingers though– don’t touch the nozzle or you will burn yourself. Most 3D pens come with protective thimbles to help you avoid this.

Difference between a 3D pen and a normal pen

With a 3D pen, you don’t necessarily have to be pressing the pen against the build surface. You can lift the nozzle off of the paper and if you are pressing the forward button, filament will come out.

However, by resting the nozzle against the paper, you stabilize your hand. This allows you to pen much cleaner lines of plastic. Drawing “in air” with a 3D pen is quite difficult and often not the best way to create a feature.

Here are a few highlights from the full video.

There are two ways you can control the plastic’s speed or flow:

If you move your hand faster, the lines will be thinner. By going slower, you can get thicker lines.

Give the plastic time to cool and become solid between layers. Otherwise, since it is still in a heated and flexible state, it can move around on you and distort the shape you are trying to make.

This is a bit difficult to express in writing, but here goes. Your nozzle can drag through what you have penned, depending on:

If you are moving the pen “over” the line you are creating, you will be dragging the nozzle through the line. For example, if you’re a right-hander and drawing a straight, horizontal line, you’ll go from left to right, and not right to left.

The video shows examples of this (5:30). Try rotating the paper to get a better direction and avoid this issue.

Filament will still keep oozing of the nozzle for a few seconds AFTER you release the forward button. Try to anticipate and release the button 1 or 2 seconds ahead of when you need filament to stop coming out.

You should unload your filament when you are done for the day to avoid clogging your pen (unclogging can be tricky and time-consuming!). You can do this by pressing the backward button and gently pulling on the filament from the top of the pen.

There are some things in the video that aren’t mentioned here in the article, so check out the video for bonus tips and tricks 🙂

I hope these tips and suggestions help you begin your 3D pen journey! Parts 2 and 3 of this Tutorial series will be released in upcoming Blog posts, so stay tuned. 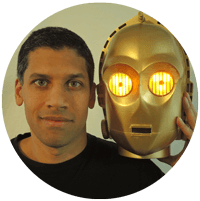