Last I heard about Pirate3D was sometimes last year, reading an article trying to explain possible reasons for the issues faced by this Singapore-based start-up in the wake of its successful Kickstarter campaign.

I’ll be honest, I thought Pirate3D had shut down. So I was very surprised and happy when our friends from Arc Hub PNH, pioneers of 3D printing in Cambodia (who generously welcome me in their office once a week), told me they were expecting a visit from the CEO and co-founder of Pirate3D.

But let’s backtrack a little. In 2013 Pirate3D raised a whooping $1.3m on Kickstarter to create a sleek, easy-to-use desktop 3D printer named the Buccaneer. The reason for this crowdfunding hit was that the Buccaneer was not only a 3D printer: the bigger value proposition was that it would also come with a full ecosystem of software and apps, thus creating a great integrated experience, even for beginners. Oh, and the Buccaneer price was originally set at $349, an important factor to make it the 3D printer for the masses and a strong incentive for Kickstarter backers.

Long story short, the Pirate3D team faced numerous issues during the production phase to make this project come to reality. They quickly realized they would not be able to deliver on the promises of the Kickstarter campaign, at least not at this price point. That’s when the company made headlines, when they announced that after fulfilling 40% of the Kickstarter orders, they would stop doing so for a while in order to get their company back on track.

The contrast between the huge amount raised on Kickstarter and the fact that Pirate3D would finally not complete the project generated lots of complaints and bad headlines. Pirate3D soon became the posterchild for over-ambitious and unrealistic projects made possible by crowdfunding, outside of the constraints of the real world. Some even suggested the team had taken the money and abandoned the project.

However, reality was a bit different: yes the team failed on keeping their initial promises, probably by lack of experience in industrial production. But they also communicated about the situation and explained the rationale behind their choice to put the Kickstarter orders on hold (and not cancel them). The idea was to raise new funds to give the company a new momentum to improve the Buccaneer and the overall production operations, in order to release a better a more viable version of this 3D printer. For a more detailed story, I encourage you to read this interesting article.

Anyway that was a long introduction, flash forward to Tuesday February 12, 2016. Brendan Goh, CEO and co-founder of Pirate3D, is coming from Singapore to Phnom Penh to donate two Buccaneers to local schools.

The donation was organized by Arc Hub PNH, a local 3D printing company run by two Khmer-american brothers. They are involved in several education programs and charity work in Cambodia, including an amazing initiative called Think Global Make Local to provide a free Product Development course with of course some 3D modeling and 3D printing workshops.

When Brendan read about their project, he decided to donate a couple of 3D printers to schools in Cambodia. After all, the Buccaneer is designed with non-experienced users in mind, and its simplicity and reliability make it a great machine to be used for educational purposes. So Brendan got in touch with Ki Chong and Ki How at Arc Hub PNH and soon enough, here they are in Phnom Penh, delivering two brand new Buccaneers to the Arc Hub PNH office for a quick setup and training session.

Brendan and Ki How unboxing the Buccaneer

I was thrilled to be there for the unboxing of the Buccaneer, especially after having read all these article about the “failure” of Pirate3D… First impression: the packaging is nice, like Apple-nice. Ki How and Brendan removed the Buccaneer from its box and put it up on the desk that had been cleared for the occasion (there are quite a few 3D printers at Arc Hub PNH!). No parts to assemble here besides the build platform.

The Buccaneer almost ready to print!

As expected, the Buccaneer is a beautiful piece of design. The casing is transparent at the bottom and open on the front to access the build platform, while all the rods and components are fully enclosed in the upper silver part of the printer. The lid of the casing is easy to remove so no problem if, like Ki How, you like to look under the hood! Overall, I had the feeling of a nicely engineered machine with a high-end finish.

Looking under the hood with Brendan and Ki How

Next step: connecting to the printer via the mobile app to do the calibration. Again, the Buccaneer delivers: it took us minutes to install the app and connect to the printer to calibrate. Everything is straightforward and the software is well-designed, making the whole setup feel like a breeze.

Calibrating the Buccaneer with the dedicated mobile app

Minutes after, we were launching the first print, the classic octopus. Again, with pre-loaded and ready-to-print designs, everything is done to make it simple to start your first 3D print and get the “magic” going. Of course, this ease of use is achieved at the expense of features beloved by more advanced users such as the extrusion temperature control.

While the print was ongoing, I had a chat with Brendan who explained that the Buccaneer is actually designed and made in Singapore, and retails at $588. A price point allowing for a sustainable growth of Pirate3D, which will eventually enable them to fulfill the 60% backorders from the initial Kickstarter campaign. No dates have been announced for that phase though. The company mostly sells the 3D printers directly from their website but also through a few resellers worldwide. They are now focusing their efforts on the Education sector, as they realized that training the new generation about the potential of 3D printing was a prerequisite to a mass adoption of the technology.

I was also able to ask Brendan about the story behind the name “Pirate3D”, which I always found pretty cool and catchy (although maybe unfortunate after the Kickstarter situation!). Turns out the name was inspired by the classic 90s geek movie “Pirate of the Silicon Valley”, a must-see 🙂 The founding team was watching the movie and at the time they were also looking for the right company name. As fans of the movie, they thought the name would also resonate with a broader audience and added the “3D” for, you know, 3D printing. Pretty cool reference! 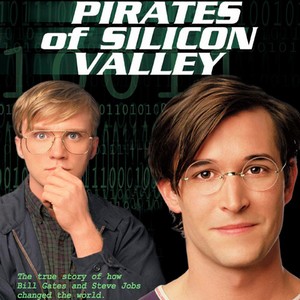 Overall, I thought the Buccaneer definitely delivered on the ease-of-use and overall print experience. It is definitely not a 3D printer for advanced makers or experienced users (not to mention professional ones). But for beginners, schools, or simply enthusiasts looking to get familiar with 3D printing without too much hassle regarding setting up and fine tuning, then I think the Buccaneer is a solid option. Especially since at $588, the price to performance ratio is more than decent and the printer can definitely be a beautiful addition to your living room 🙂

Brendan took advantage of being in Phnom Penh to pay a visit to a few local fablabs and start-up incubators to get the pulse of the makers community in Cambodia. He also gave a speech at the Liger Learning Academy to share about his entrepreneurial experience. The video below will give you an overview of the Pirate3D visit to Phnom Penh.

The first Buccaneer 3D printer has been delivered last week by the Arc Hub PNH team at the Cambodian Children’s Fund in Phnom Penh. They were super happy about the donation and eager to try their first 3D prints!

Kids at the CCF gathering around the Buccaneer 3D printer.

The second Buccaneer will be donated to the Royal University of Fine Arts (RUFA) in Cambodia. They plan on bringing students from America to do programs with Cambodian students and want to set up a small makerspace in RUFA. The Buccaneer will be their first maker tool!