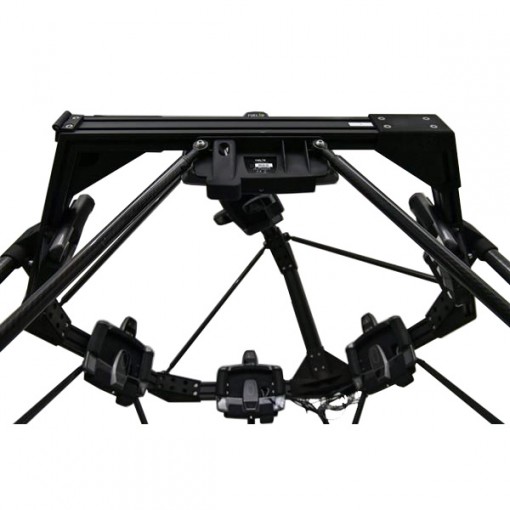 The Fuel3D 360 Scanner is a transportable 3D scanner rig made by Fuel3D, a manufacturer based in the UK.

The Fuel3D 360 Scanner uses a photogrammetry 3D scanning technology. This 3D scanner is based on seven Fuel3D SCANIFY and combines a number of image processing technologies. Photometric stereo is used to acquire color and high-resolution 3D detail from the subject, then stereoscopic imaging is used to acquire accurate underlying 3D shape information from the subject. At this step data fusion can be performed to combine the data output of the photometric and geometric processes. This finally generates a mesh and texture. The Fuel3D 360 Scanner does not rely on tracking target like the SCANIFY.

The photogrammetry 3D scanning technology makes the 3D scan of very dark, transparent and mono-color objects with no texture very complicated or impossible. 3D scanning hair requires to tie them together and preferably to plaster them.

You may also like: selection of the best 3D body scanners.