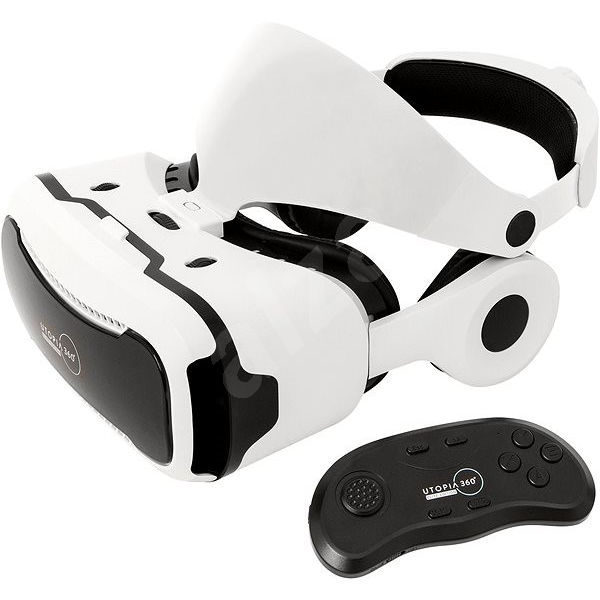 The ReTrak Utopia 360 Elite Edition is a VR headset for smartphones by ReTrak, a manufacturer based in the US and in the Netherlands.

Another version of this headset exists, the ReTrak Utopia 360. Both headsets are very similar, but the Elite Edition features built-in headphones.

This affordable mobile VR headset features a comfortable design with an adjustable strap as well as IPD and lens-to-eye adjustment. Also, it is possible to slide the headset’s visor to the side to use AR applications.

Community reviews aren’t very positive regarding this VR headset but are a bit more optimistic than for the basic Utopia 360 version. Users appreciate the Elite Edition’s sturdier design and built-in headphones.

The ReTrak Utopia 360 Elite Edition is available at the price of $45 (see on Amazon).

Discover other VR headsets as well as AR glasses with our comparison engine.