Your trusted source of information on emerging tech

Aniwaa is a trusted source of information about emerging technologies, specialized in 3D printing, 3D scanning, virtual and augmented reality, and drones. Our goal is to help tech enthusiasts and professionals find the right products by giving them the context and guidance they need to make informed purchases.

We provide best-in-class comparison tools, in-depth guides and unbiased product reviews. Our metascore, based on ratings  and reviews indexed from trusted sources, offers fair and objective evaluations of the hardware we cover.

Because researching and comparing the latest tech hardware can be a daunting task, we do the heavy lifting for our users so they can focus on what really matters: finding the best product.

Aniwaa’s story is the tale of two childhood friends from Toulouse (France), Martin and Pierre-Antoine, and their love for technology. Bitten by the 3D printing bug in 2013, they decided to launch a blog dedicated to the topic, a side-project that quickly grew into something much bigger.

At the time, information about additive manufacturing was scattered across the internet and there were no user-friendly tools to easily compare 3D printers. The site rapidly gained traction, so much so, that only a year after its launch in 2014, both Martin and Pierre-Antoine decided to leave their jobs and work full-time on Aniwaa.

In 2015, a new version of the site was released, which included revamped comparison engines and updated product databases. The audience continued to grow and Aniwaa strengthened its position as an authoritative source on 3D printing and 3D scanning hardware. As a successful tech media startup, the company then caught the attention of investors and closed its first fundraising round in 2018.

Today, Aniwaa covers 3D printers and 3D scanners, virtual and augmented reality headsets, and drones. This was a logical evolution for Aniwaa given the market trends but it also touched on something far more fundamental to the company. Since the very beginning, Aniwaa has been driven by a passion for emerging tech. It brought Pierre-Antoine and Martin together as children and now paves the road ahead, one emerging technology at a time. 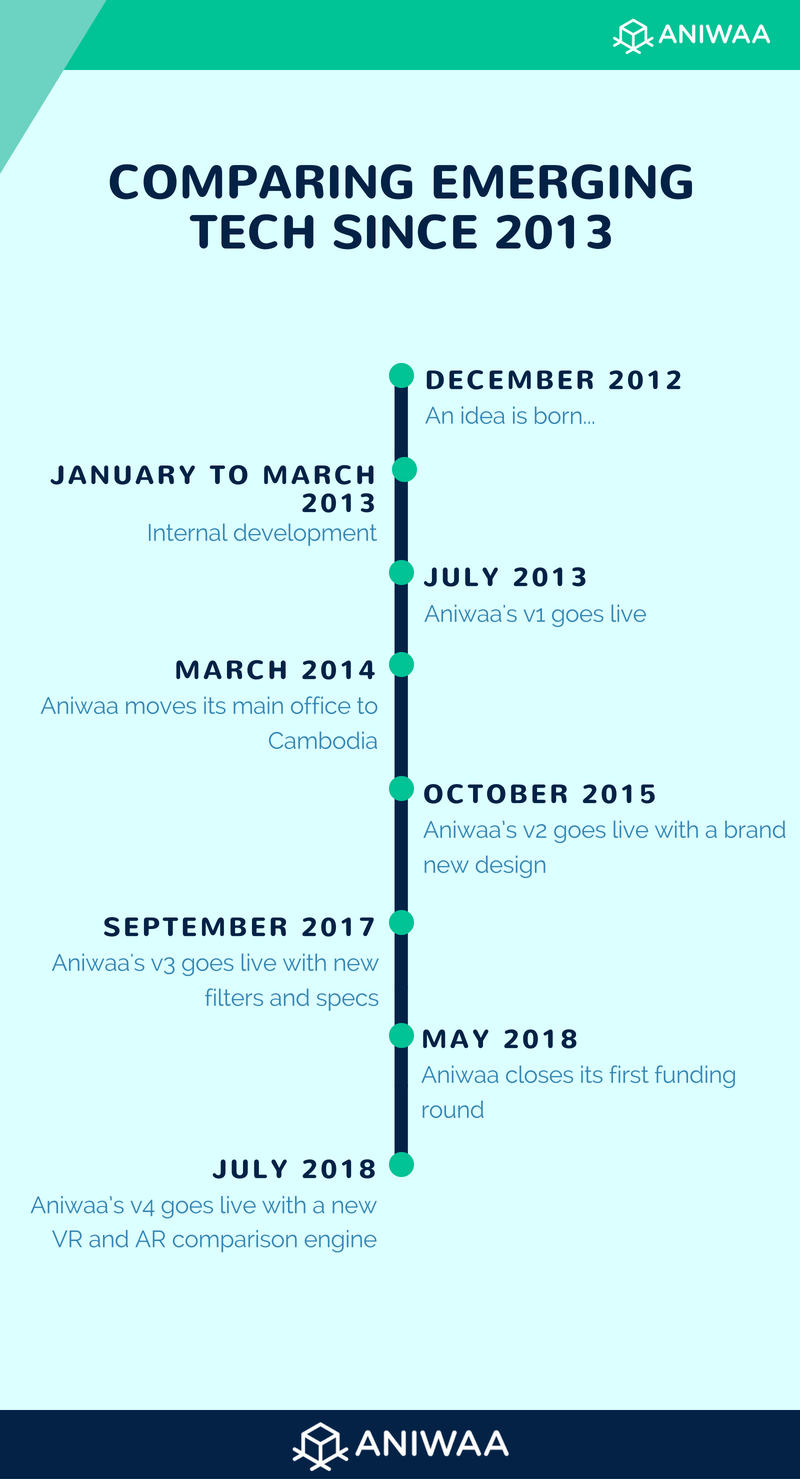