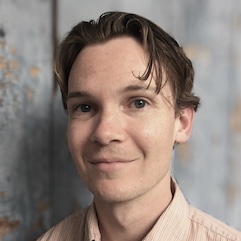 The SIMSCAN and its disruptive design definitely caught the 3D scanning industry’s attention when it was launched last year. Scantech managed to pack performance, speed, and precision in the smallest handheld 3D scanner ever seen, and at a competitive price. Its versatility can serve many use cases, from scanning intricate details to creating 3D printable digital twins.

When developing the SIMSCAN 3D scanner, high-tech metrology company Scantech had a clear goal: to create a compact handheld scanner flexible enough to scan hard-to-reach areas while still offering the powerful performance one would expect from a full-size scanner. And at the heart of the project was one key principle: simplicity.

The Scantech SIMSCAN caused a stir when it launched in 2021 thanks to its game-changing compactness, competitive price, and useful features. Measuring just 203 x 80 x 44 millimeters and weighing only 570 grams, the Scantech scanner is smaller and lighter than comparable devices on the market. But it remains surprisingly rugged: its aerospace-grade aluminum housing is enclosed by a non-slip ergonomic shell. 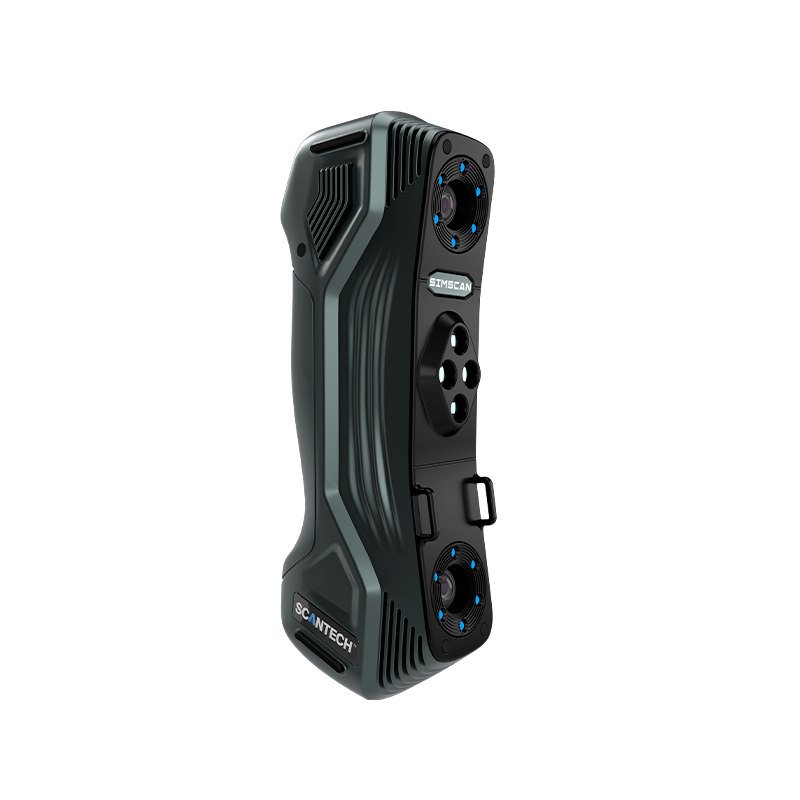 Promising the ability to scan a range of objects in a range of practical situations, the Scantech SIMSCAN captures 2,020,000 measurements per second using blue laser lines or crosses over an area of 410 x 400 mm. Operators can use the device to capture objects small or large, choosing between hyperfine, ultrafast, or deep hole scanning modes to suit the project at hand.

In 2021, The SIMSCAN was even honored with a Red Dot Design Award for its unique product design. “The SIMSCAN is distinguished by an ergonomically meaningful fusion of functionality and avant-garde aesthetics,” said the Red Dot panel, highlighting the product’s size, material choices, and futuristic deployment of LEDs.

In terms of practical applications, the small, lightweight handheld 3D scanner offers a high degree of versatility, as we will explore in this article.

The SIMSCAN is particularly suited to scan small and complex details, and that’s partly down to the scanner’s small dimensions. At first glance, this world-first size reduction is destined to offer a more comfortable user experience and a sleek new design. But it conceals a more sizeable (pun intended) advantage: the ability to scan deeper, narrower pockets and holes which are traditionally challenging for 3D scanners.

This ability comes from the relatively short distance between the scanner’s two cameras. On most handheld scanners, this distance is around 210 mm, but the SIMSCAN brings the gap down to just 130 mm. This creates a smaller viewing angle, which is better for gathering data points from holes and crevices. The scanner’s performance in such situations is further improved when using the single laser line deep hole scanning mode.

The SIMSCAN’s ability to scan intricate details was recently experienced firsthand by a Scantech customer that supplies electrical power tools. This customer used the SIMSCAN to capture high-resolution scans of the plastic outer shells of its tools in order to aid future product design and to gather data for mold flow analysis (a simulation tool used in injection molding).

The Scantech customer reported that it successfully obtained detailed scans with the SIMSCAN, helping it to improve its manufacturing process for future products.

Digital twins and 3D printing are some of the most common applications for 3D scanning in general. This technology indeed makes it easy and fast to capture objects in 3D to make physical replicas or to save virtual copies of them.

The viability of the SIMSCAN for creating 3D printable digital twins was demonstrated in October 2021 at the Consulate Engagement Event for WorldSkills 2022. WorldSkills is a competition in which thousands of young people bid to prove their competence in vocational fields as diverse as creative arts, construction, and engineering. The 46th edition of the biennial competition will take place in October 2022 in Shanghai.

Scantech was a sponsor at the October 2021 preview event, where the SIMSCAN was used to show consulate representatives how the Additive Manufacturing stage of the competition will play out. Supervised by engineering experts, the consulate representatives practiced using the SIMSCAN scanner to capture the 3D geometry of a detailed plastic model, creating a digital twin that could later be 3D printed. By inviting non-engineers to practice using the scanner, the event also demonstrated the user-friendliness of the SIMSCAN.

At the actual competition next year, young contestants will be judged on their skill at using technology like the SIMSCAN to 3D scan objects and create digital twins.

Although it is principally a handheld scanner, the Scantech SIMSCAN can also be mounted on Scantech’s automated inspection system to create a highly accurate and repeatable workflow for automatic part inspection.

By using this solution, which comprises an automatic handling system, 3D measurement system, and robot-mounted scanner, it is possible to eliminate repetitive manual work and also reduce the chances of error during part inspection. Other benefits include early detection of potential issues, better productivity, and ultimate cost savings.

The Scantech SIMSCAN is much more than just a small-scale 3D scanner. With its ability to capture data points in hard-to-reach areas like crevices and deep holes, coupled with its three distinct scan modes and accuracy of 0.020 mm, the portable device is suitable for a wide range of applications, from automotive manufacturing to virtual reality.