By bq
From
Approximate starting prices based on supplier-provided information and public data. Prices may vary over time and do not include additional products or services (taxes, shipping, accessories, training, installation, ...).
$ 219199 €170 £23,068 ¥

The bq Ciclop (Kit) is a desktop 3D scanner in kit designed by bq, a manufacturer based in Spain. bq is known for its range of electronics products, from smartphone and tablets to 3D printers and 3D scanners.

The bq Ciclop (Kit) 3D scanner was designed to be open source and affordable. Both the hardware and it operating software called Horus are under a CC-BY-SA (Creative Common Attribution and Share Alike licence) and GPL (General Public License) licence.

The bq Ciclop is delivered as a Kit which takes approximately 1 hour to be assembled.

This low cost 3D scanner kit uses laser triangulation technology to 3D scan objects positioned on its automatic rotating table. The frame of the Ciclop is made from 3D printed PLA parts, produced by bq 3D printers (such as the Witbox and/or Hephestos).

A cheaper version of the bq Ciclop is available with electronic parts only. Also note that several maker’s project reused this 3D scanner components and/or design for developing their own hardware.

Contact manufacturer
Add to comparison
Ciclop (Kit)
By bq
From
Approximate starting prices based on supplier-provided information and public data. Prices may vary over time and do not include additional products or services (taxes, shipping, accessories, training, installation, ...).
$ 219199 €170 £23,068 ¥

Selection This product is featured in a buyer’s guide.
Sponsored Product promoted as part of a paid service. 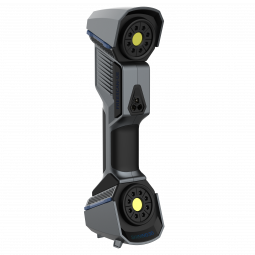 This brand is a certified partner from our network.
Buy on Amazon US
3D Scanner ULTRA HD By NextEngine
Get a quote
Tested This product has been reviewed by our team.
Scan In a Box FX By Open Technologies
Get a quote