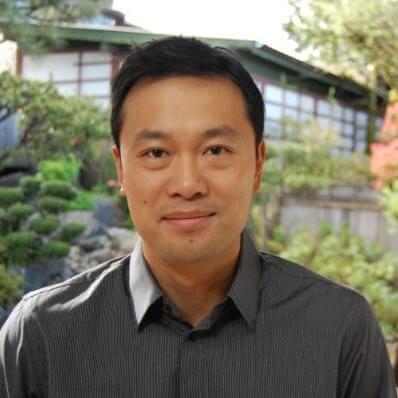 Table of contents
What’s in a 3D scanner datasheet?
Resolution

Get the right field of view for your application
Mobility

What’s in a 3D scanner datasheet?

When looking to buy a 3D scanner, product brochures list technical specifications to give you general impressions about the performance of the systems. You can also use them to compare 3D scanners to determine which system is right for you.

However, at times it can leave you wondering:

In this guide, we’ll answer all these questions by looking into these terms. We’ll use real-life examples taken from datasheets for comparison.

Put simply: How fine of a detail the 3D scanner can capture in one scan.

A 3D scanner’s initial output is to capture measurement points in 3D space. A cluster of these points creates a point cloud, which represents the surface geometry of a physical object.

There are two main ways to measure resolution: point-to-point distance and points per scan.

The easiest way to think about resolution is to look at the point-to-point distance (usually expressed in points per mm or inches). It’s the distance between two points in a 3D model.

Another way to think about resolution is it indicates how many points the 3D scanner will give you across a certain fixed distance or a scan. For certain applications, you might need to capture fine details which would require a high-resolution 3D scanner.

A low resolution would be acceptable for 3D printing an object if you are using a low-cost, consumer-grade 3D printer that doesn’t print in high-resolution quality. However, you might need high resolution if you are inspecting a part and need a high level of detail to determine if the manufactured part meets quality assurance standards.

Put simply: How close a 3D measurement is to the true or accepted value.

Visually, the data from an entry-level 3D scanner might look similar to a professional one; but if the results aren’t accurate, then it’s not particularly useful for some applications like quality inspection and metrology where accuracy matters the most.

There are many different ways to measure accuracy and at various stages of the 3D scan’s processing. However, the simplest way is to look at the accuracy of any two points (distance) and how it compares to the true or accepted value.

The accuracy of the scanner generally determines how many applications the device is able to solve. The higher the accuracy of the scan data, the more applications you can use it for. It’s also what separates the difference between a consumer/hobbyist 3D scanner and a high-end professional 3D scanner. The former is substantially less expensive than a professional one.

When the term accuracy is used, it usually refers to the accuracy of a single scan. Volumetric accuracy, on the other hand, usually means what the accuracy is when the scans are aligned and merged into a complete digital 3D model.

This number can be mysterious as it’s difficult to tell how many scans were used when the manufacturer determined this number. Therefore, it is easier to compare 3D scanners using the accuracy of a single scan rather than volumetric accuracy.

Put simply: Rate at which the 3D scanner captures a single scan.

Scan speed only accounts for how long it takes the scanner to take a scan. It usually does not include processing time. It is sometimes difficult to compare scan speed across 3D scanners when manufacturers use different ways to express this term. However, most of the time scan speed is not particularly crucial.

3D scanning speed can be expressed in three ways: measurement points per second, single scan speed, and frames per second.

Back in the day, completing a single 3D scan and processing the data could take an hour or more. Fast forward to now, almost all 3D scanners can acquire and process a 3D scan in 10 to 20 seconds, and creating a combined, full digital 3D model can be done within a few minutes. The only time where you need very high scan speed is:

Put simply: The area or volume that the 3D scanner can “see” and therefore capture in 3D.

Usually, the field of view of a 3D scanner is fixed, but many structured light systems can be adjusted to have multiple fields of view. This is done with simple hardware reconfiguration and by re-calibrating the system for accuracy.

Unless you really need a flexible field of view, it’s much easier to buy a scanner that specifically targets the size and types of objects that you’re interested in 3D scanning. You can get plug-and-play devices that are already factory calibrated so you can get started 3D scanning right away.

Get the right field of view for your application

If you’re primarily going to be 3D scanning small objects, don’t get a scanner that’s built for scanning large objects, and vice versa. This is because getting an ill-fitted field of view for the objects you were scanning will affect the scan data quality that comes out of the 3D scanner.

Put simply: The portability of a 3D scanner.

One of the biggest debates revolving around the selection of 3D scanners is handheld versus stationary.

Almost in all cases, a stationary scanner will be more accurate than a handheld or mobile 3D scanner since the latter takes moving frames instead of still photos to compose a 3D scan. If accuracy is important, a stationary 3D scanner is one that returns clean raw scan data. It is often easier and quicker to use.

A handheld scanner is great for quickly scanning objects at slightly lower accuracy. However, its strength lies in the ability to access areas that might be difficult for a stationary scanner to get into.

The weight and size of the 3D scanner are often completely ignored, but you’ll sure notice when you’re lugging a giant travel case through the airport. Most 3D scanners tend to be large and bulky, with convenience being at the bottom of the feature checklist.

Be sure to pay special attention to this metric so you can get a storage case in the right size for your valuable device. 3D scanners are generally larger than you’d expect, so plan for storage space for them.

Put simply: Whether scans produced by a 3D scanner represent the object’s color or texture.

Color is actually not a binary option. It consists of four options:

In general, getting a color map gives you much higher accuracy and a better range of colors with more options for additional processing. A color map can always be simplified to color-per-vertex, but not the other way around.

Color option will cost you

If you don’t need color, then there’s no need to pay for it because it is usually an added cost.

The importance of technical specifications by applications

In reality, there’s no single metric that will best guide you when choosing a 3D scanner.

At the end of the day it depends on:

These are the best drivers to help you decide which 3D scanner to pick.

In summary, here is a table to show which factors are most important for each use case: