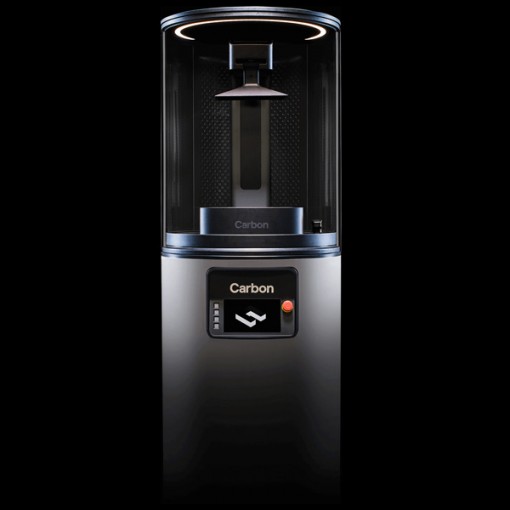 The Carbon M2 is a production 3D printer of the Carbon company, based in the USA. The M2 is the second 3D printer introduced by Carbon, it offers a larger build volume compared to the M1. Carbon used to be called Carbon3D.

The Carbon proprietary 3D printing technology is called Continuous Liquid Interface Production (CLIP). CLIP works by projecting light through an oxygen-permeable window into a reservoir of UV curable resin. The build platform lifts continuously as the object is grown without requiring more time-consuming steps. By controlling the oxygen flux, CLIP creates a thin layer of uncured resin between the window and the object. This thin layer is called by Carbon the “Dead-Zone”. This makes it possible to grow the object without stopping. A continuous sequence of UV images is projected and the object is drawn from the resin tank without interruption.

CLIP 3D printing process is 25 to 100 times faster than usual 3D printing techniques. An additional advantage of the CLIP technology is the resistance of the 3D printed objects, with no weaknesses between layers.

For this investment Carbon offers the following advantages: