The CyBe RC 3Dp is a construction 3D printer made by CyBe, a manufacturer based in the Netherlands. CyBe was established in 2013.

This concrete 3D printer is a robotic arm that lays down cement in 3D. 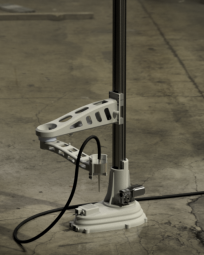