By Elliot Dupire
AM consultant
@Aniwaa 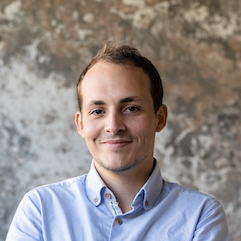 With major improvements brought to its large-volume DIY 3D printers, the Shenzhen-based firm aims at making its affordable 3D printers suitable for an increased number of business applications while keeping its price under $500.

To that end, Creality presents a V2 of the CR-10 that is more precise, durable and user-friendly.

True efforts have been put on the enhancement of the CR-10 V2’s precision compared to its predecessors. A number of features dedicated to this purpose have been implemented to the 3D printer to offer an overall improved printing accuracy:

The CR-10 V2 was designed to be a durable and reliable 3D printer that will work for a long time.

Its whole frame is fully made of tough metal making the printer weigh more than 11 kg!

It is also possible to replace its classic plastic extruding unit with an all-metal titanium one to increase its resistance to abrasive materials.

Ultimately, the CR10-V2 is equipped with a more resistant high-strength carbon bed printer and a lasting Mingwei power supply.

Furthermore, a lot of attention has been put to user-friendliness and user experience.

The printer’s assembling, which once was a complex process, has been reduced to a 3 connections and 1 step assembly process, DIY 3D printers never have been this easy to assemble.

Its new motherboard is especially effective in noise reduction, which is perfect for professionals 3D printing all-day long.

A resume-print function has been implemented: after an unexpected power cut, the CR10-V2 will automatically resume the print at the point it left it.