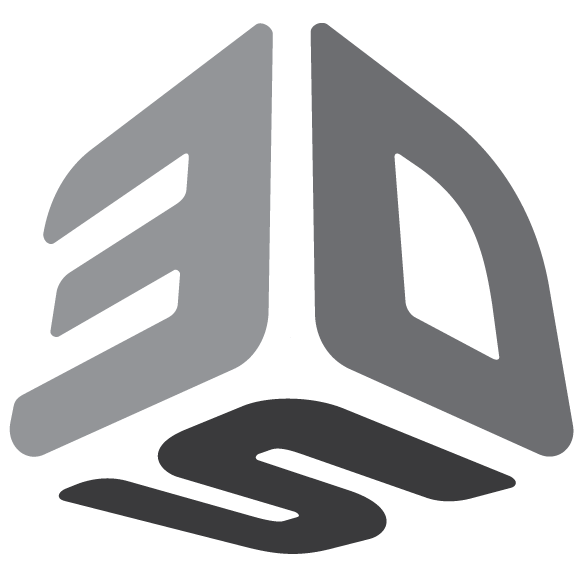 3D Systems (NYSE:DDD) is one of the oldest, largest, and most global AM equipment manufacturers in the industry.

A research team at Imperial College London is developing biocompatible and microfluidic components for rapid and portable pathogen detection. They have been using a Figure 4 Standalone resin 3D printer from 3D Systems.

The sudden and alarming global rise of COVID-19 has highlighted the importance of accessible and rapid disease detection. The ability to test for disease not only enables better containment to prevent further spread, but enables epidemiologists to gather more information to better understand an otherwise invisible and mysterious threat. From revealing means of transmission to rates of infection, the criticality of testing for infectious diseases has now been felt worldwide.

A team of researchers at Imperial College London, led by Dr. Pantelis Georgiou, is tackling this problem head-on with a project called Lacewing for pathogen detection. Offering results within 20 minutes from a smartphone app synced to a cloud server, Lacewing makes disease testing portable, including SARD-CoV-2-RNA, and automates the tracking of disease progression through geotagging.

It is a sophisticated “lab-on-a-chip” platform that promises to fill the access- and information gaps in the world of diagnostics by combining molecular biology and state-of-the-art technology. Whereas other diagnostics technology requires large and expensive optical equipment, the electrical sensing method and small size of Lacewing is a true evolution in approach.

Key among the technologies behind Lacewing is 3D Systems Figure 4® Standalone 3D printer and biocompatible-capable, production-grade materials. Used for both prototyping and production of microfluidics and functional components, Imperial College PhD student and research assistant Matthew Cavuto says key Lacewing components were designed based on the capabilities he knew he had with Figure 4.

As critical as the design element is to this project, it is just one piece of a highly sophisticated solution. Beyond the part complexity and detail fidelity enabled by 3D Systems’ Figure 4, this 3D printing solution has helped the research team through print speed, print quality, and biocompatible material options.

Quick iterations to answer the need for COVID-19 testing

The Lacewing platform has been in development for a little over two years now, and is a molecular diagnostic test that works by identifying the DNA or RNA of a pathogen within a patient sample. This type of test makes it possible to determine not only if someone is infected with a certain disease (dengue, malaria, tuberculosis, COVID-19, etc.), but to what degree, which provides more insight into the severity of the symptoms.

Prior to the outbreak of COVID-19, the impetus for this test was to enable portable testing in remote areas of the world. Although portability is often taken for granted in a smartphone age, molecular diagnostics have traditionally required large and expensive pieces of lab equipment. Lacewing has replaced the previous optical technique with an electrical one using microchips, and has been quickly prototyped, iterated, and produced using the Figure 4 Standalone and biocompatible materials. Each Lacewing microfluidic cartridge is roughly 30 mm x 6 mm x 5 mm, printed in 10-micron layers.

As the research team began adapting the test to answer the global testing needs of COVID-19, it started printing new designs almost daily. For this, Cavuto said the speed of the machine was a major benefit. “At one point, I was able to print and test three versions of a particular component in a single day with the Figure 4,” he says. This ability to rapidly iterate designs has removed the friction of trying something new, and the resulting experimentation and increased information gathering have led to improvements in the overall system. “We’ve easily gone through 30 versions in the last 2 months,” says Cavuto. 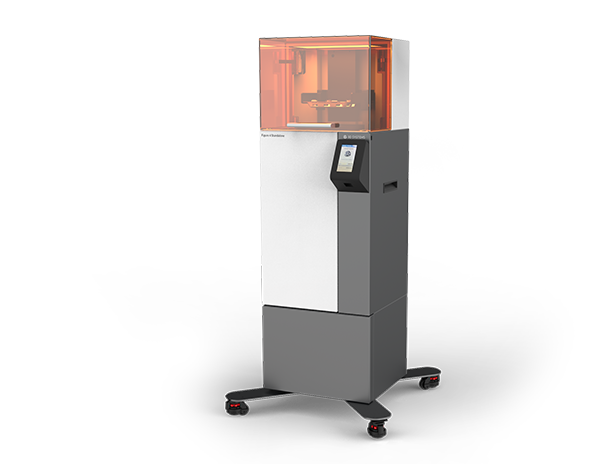 The team designs all its parts in SOLIDWORKS and uses 3D Sprint® software to set up each build. 3D Sprint is an all-in-one software by 3D Systems for preparing, optimizing, and managing the 3D printing process, and it has been useful to the research team in finding and resolving unexpected issues. “Occasionally we’ll get an STL error that 3D Sprint can solve for us in the prepare tab,” says Cavuto.

Having worked with many different 3D printers in the past, Cavuto says Figure 4 is different because there are fewer barriers to printing in terms of time, cost, and quality. With other printers, he would question whether a print was worthwhile in terms of both time and material cost, whereas Figure 4 has removed that friction. “I print a part and see if it works. If it doesn’t, I redesign and print again just a few hours later,” says Cavuto. “I’m able to iterate super quickly just because of how fast the printer is.”

Despite the time pressures for rapid testing options, speed was not the most important factor for the research team. Because this application comes into direct contact with DNA, it is only possible with certain biocompatible materials.

The Imperial College team is using Figure 4® MED-AMB 10, a transparent amber material capable of meeting ISO 10993-5 & -10 standards for biocompatibility (cytotoxicity, sensitization, and irritation)*, and that is sterilizable via autoclave. This material is used for the translucent microfluidic manifolds. “Figure 4 MED-AMB 10 has shown impressive biocompatibility for our PCR reactions,” says Cavuto. “A lot of materials we’ve tried in the past have inhibited them, but Figure 4 MED-AMB 10 has shown low interaction with our reaction chemistry.” This is critical to the entire project, as any interference by the production materials could delay or prevent the intended reaction from happening.

*Biocompatibility is based on testing by 3D Systems on a single geometry and sample set per ISO 10993-5 and -10. Users should confirm fitness for use and biocompatibility for their applications.

Not only is the team using Figure 4 MED-AMB 10 to print the microfluidic components for Lacewing, but they are also using Figure 4® PRO-BLK-10, a production-grade, rigid, heat-resistant material, for the device enclosure, and Figure 4® RUBBER-65A BLK, a newly released elastomeric material, for gaskets through the device. One part of Lacewing is even made from Figure 4® FLEX-BLK 20, a material with the look and feel of production polypropylene.  Besides the electronics and some hardware, nearly the entire device is currently produced using the Figure 4 system.

Fully cleaned and post-processed in under 20 minutes

A clean and smooth surface is critical to the final functionality of the Lacewing cartridges. For this reason, the research team is foregoing any nesting or stacking capabilities of Figure 4 to print the cartridges in single layers. As the project is still in the design phase, the team has not yet fully loaded the build plate, but estimates a maximum build of approximately thirty microfluidic cartridges at a time.

Given the sensitivities of the application, post-processing is critical. Once printed, parts are washed in an IPA bath, cured, sanded, and washed again to ensure the parts are all free and clear of residue or sanding particles. “We want to avoid contamination at all costs,” says Cavuto. “Making sure the parts are clean and sterilized is important for a successful reaction and accurate diagnosis.”

In total, Cavuto estimates that post-processing takes under twenty minutes, and many parts can go through the process at once.

New capabilities for development and innovation

“Figure 4 has changed what I can print, or what I think I have the capability of creating,” says Cavuto. “In terms of resolution, speed, surface quality, range of materials, and biocompatibility, there’s nothing that compares to Figure 4, and I’ve probably used every type of 3D printer you can imagine.”

This article originally appeared on 3D Systems's website (see here) and has been republished with permission.