However, another SLA sub-technology has recently made its way to the market: MSLA (Masked Stereolithography). In short, MSLA 3D printers use LCD screens as light masks over LED lights, simplifying the resin 3D printing process and drastically bringing prices down.

On that account, large volume resin 3D printers are now affordable enough (and actually available on the market) for SMEs and entrepreneurs, whether it’s for prototyping or small production series.

That said, there aren’t many options yet, as you can see in our large format resin 3D printer selection below. This selection is based on large resin printers that are priced under $20,000, hence excluding large industrial SLA printers which we’ll soon cover in another guide.

Our guide also covers the main pros and cons of resin 3D printing, which resin materials are available, and how fast resin printers are. 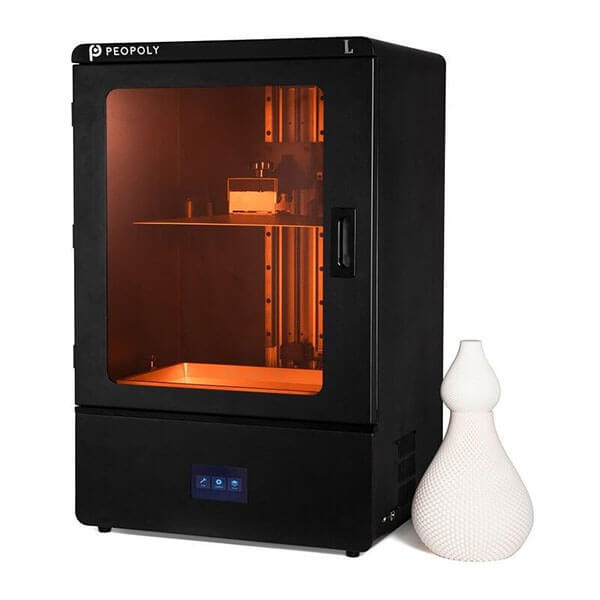 The Phenom L is an enlarged version of the Peopoly Phenom, which is also included in this selection further below. Peopoly’s other resin 3D printers, such as their flagship Moai series, use laser-based SLA. Phenom 3D printers, however, are based on MSLA 3D printing technology with LED lighting and a 4K LCD masking screen. 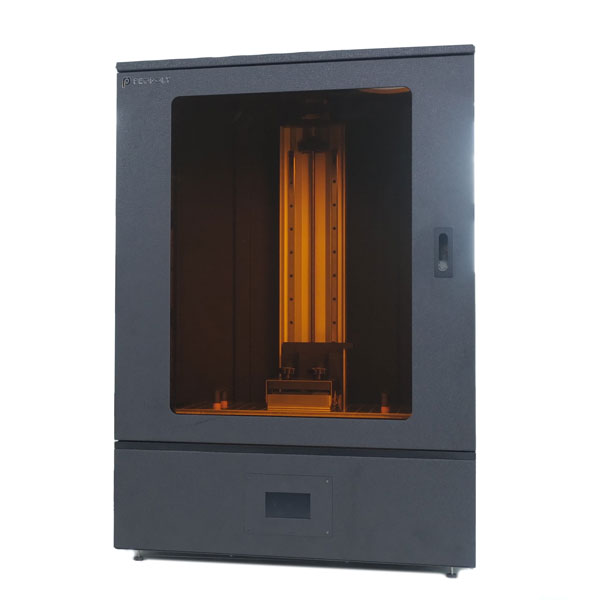 The Peopoly Phenom XXL is a large resin 3D printer that uses MSLA technology. MSLA stands for Masked Stereolithography, which is based on the use of an LCD screen to mask a projector’s light. 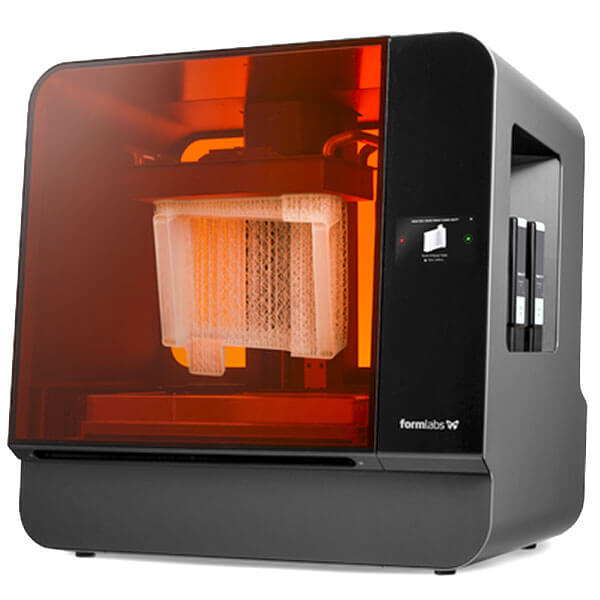 The Form 3L, based on the standard Form 3, is the only large resin 3D printer on this list to use laser-based SLA, providing an excellent 23-micron resolution with two 250mW lasers. It features constant, closed-loop calibration and is able to send user alerts for users to remotely monitor their print progress.

The printer’s interface and cartridge-based workflow are geared towards ease of use, and Formlabs has developed a wide range of proprietary resins over the years to suite numerous applications. 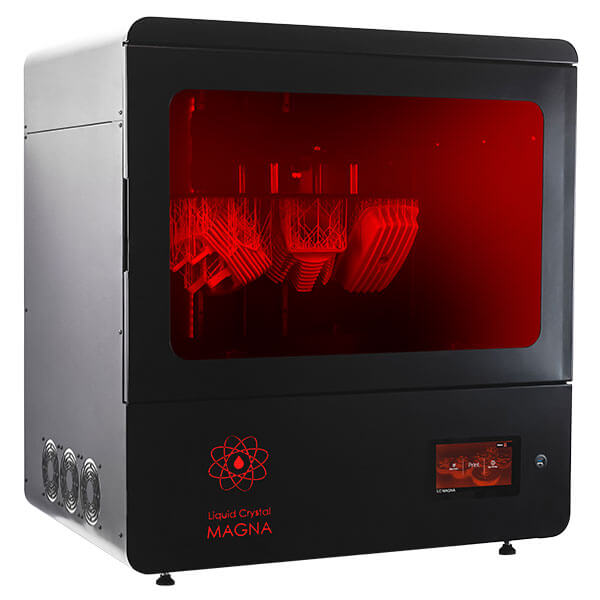 The Liquid Crystal Magna is the largest resin 3D printer in its price range, with a 23.8-inch 4K Ultra HD LCD masking screen. This printer, destined for professional and industrial use, is advertised by Photocentric as “the right tool for custom mass manufacture”.

The LC Magna does sport a pretty fast curing speed of 5 to 8 seconds per layer (13.3mm/hour). Its large build platform enables the production of small, detailed series. For example, as displayed on the Photocentric website, it’s possible to 3D print up to 46 dental arches in 2 hours. 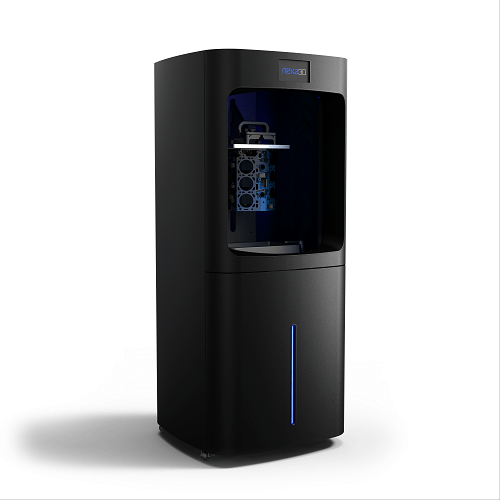 The NXE400 is a professional 3D printer produced by Nexa3D. Nexa3D is a 3D printer manufacturer based in United States. The NXE400 was released in 2019 and uses resin 3D printing technology.

We highlight a few of the key advantages of using a resin 3D printer while also touching on a few of the cons.

SLA vs FDM vs SLS

While many FDM 3D printers offer bigger build volumes, resin 3D printers provide much smoother results in terms of accuracy and surface quality. In this price range, the only kind of printer that could potentially match resin printing quality would be a desktop SLS 3D printer. There’s a very limited range of available powder types and colors, however.

These are some of the main, high-level advantages of resin 3D printing.

*Does not apply to laser-based SLA 3D printers.

While resin 3D printing offers compelling advantages, there are still a few things you may want to keep in mind.

Most manufacturers sell basic or standard resins in several colors, plus specialty resins for different kinds of applications.

Here are some common types of resin:

Not all resins are compatible with all resin printers, and some resin printers only tolerate their manufacturer’s proprietary materials (e.g. Formlabs). This is true for other technologies, too, such as FDM/FFF, e.g. Stratasys with proprietary filaments, or SLS, with almost all manufacturers curbing compatibility.

Resins can also be specially formulated for certain types of technologies. For example, MSLA printers won’t be able to cure resins made for laser SLA printers. This is partly because they use a less powerful light source.

Resin 3D printing: how fast is it?

Resin 3D printing speeds are generally listed in one of two ways:

It’s a good idea to keep resin 3D printing speeds in mind, even if a variety of factors– namely layer thickness and type of resin– make that number hard to narrow down. For reference, the PartPro 120 xP from XYZprinting is currently one of the fastest 3D printers on the market. It’s capable of printing a 3-cm-tall part in only 10 minutes, while some resin printers would require over an hour.

At the moment, that would be the UnionTech RS Pro 2100, which happens to be an industrial SLA 3D printer. This massive machine has a build area of 2100mm x 700mm x 800mm.

Yes, while toxicity levels can vary, resin is something you’ll want to keep off your skin and out of your eyes. Gloves and protective eyewear are necessities when working with any type of resin.