The Modix BIG-60 V3 is a large volume professional 3D printer kit made by Modix, a manufacturer based in Israel.

This 3D printer is currently in its third iteration, having received numerous updates over the years. It is delivered as a kit to be assembled by the user, with easy assembly videos available on the Modix website.

Almost every part of the printer has received an upgrade, from the motion rails and ball screws to the drivers and wires. These are just a few of the enhancements:

The BIG-60 Version 3 is available at the manufacturer starting price of $3,700 (see here).

Modix manufactures a range of other large volume 3D printers, which you can discover with our 3D printer comparison engine. 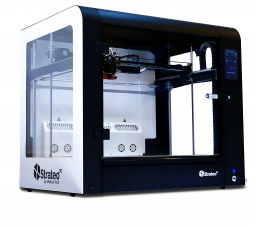